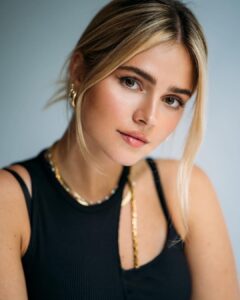 Choose the best site for you! 🔥
Start Quiz
Home Guide How Long To Date Before Marriage

How Long To Date Before Marriage: Does Time Really Matter?

The question of whether to get married or not is just about how well you know the other person or whether you can imagine life with the person. The right time is when both are sure. But when is the best time to get married? US researchers provide an answer to this question. According to weddingstats.org, it has been estimated that couples spend 4.9 years (58.7 months) in a relationship on average before getting married. This means that they get to know each other better before tying the knot. You can also learn more about mail order marriage statistics.

It shows that couples who were together for at least three to five years before they got married have a more stable marriage. In addition, women over 25 are more likely to have a long-term marriage. In the long run, flash marriages seem to work less often. Today, every person has a chance to find bride for marriage with the help of dating sites and services online.

Your Perfect Girlfriend is only 4 quiz questions away
Start Quiz

Pros and cons of marriage

What is the perfect time to get married?

Many of us wonder what time is perfect for marriage, or how long to date before marriage, but this answer is very individual and subjective. In keeping with the statistics worldatlas.com, the average age of women at first marriage in Eastern Europe ranges between 22-26 years. Most men in Eastern Europe marry at the age of 22-24. Meanwhile, most women in Asian countries wait longer to get married. For example, in Korea, the average age of women at first marriage is 30 and in Japan — 29. At the same time, the lowest mean age at which women get married is in Latin America and it is 18 years. In the US the mean age of men at first marriage is 29 years, while for women, the average age is 27 years. Besides, according to the National Library of Medicine, on average women are 2.5 years younger than their husbands.

Length of dating before marriage statistics to point out

When it comes to building relationships, people want to know when’s the right time to make things more serious and get married. Although they often decide to tie the knot depending on their feelings, there are studies mentioning the so-called “perfect” length of time the couple should be together before getting married.

For example, one of the most intriguing findings is that people who have been together for one to two years before taking their relationship to another level had a 20% lower chance of divorcing. Meanwhile, the couples that dated three years and more had this chance lower by 50%. This explains why couples that wait about 5 years before marrying have more chances to keep their relationship stable.

Also, the couples who were quicker to get married, namely those who dated for around 18 months, half of which they were engaged, tend to survive to a seven-year mark. Yet, many divorced after that. This proves that couples that date longer have more time to get to know each other better and understand what to expect from their partners. In this way, they also find out about the possible deal-breakers that might appear later on.

Of course, there are exceptions to every rule because, for example, Shirley Temple married her husband after 12 days of dating and spent half a century in a happy marriage with him. So, does the length of courtship affect the marriage? Yes, it does. But is it a necessary condition? Actually, it’s not, but it does play a significant role if you don’t want to play the odds when it comes to something as serious as marriage.

How long does the average couple date before getting married: What do people say?

We analyzed several popular forums, and these are some of the tidbits from people who shared opinions about the average time to date before proposing based on their experiences:

The recommended duration of relationship before marriage

Most relationship psychologists and experts recommend that all couples be together for at least 12 to 18 months before taking the next step. Couples who dated 1 or more years are 20% less likely to get divorced than couples which dated less than 1 year. Research has shown that the saying “love is blind” is really true. In the first phase of the relationship, when you think everything about the other person is great, the brain functions are reduced and you can’t see over all the little quirks of your partner. Once the phase is over, problems may arise. Nowadays, thanks to the internet, international marriages are becoming more popular than ever, here you can find the list of top mail order bride sites.

Perfect bride is only 4 questions away
Start Quiz

In addition to romance, there are also a few very solid reasons for marriage:

The wish to have children is very important. Children should grow up in the family, which often means that everyone in the family has the same surname. Besides, marriage clearly defines the duties of the father and mother towards their children. Another important reason for marriage is that you signify a life-long commitment. One recent study found that in comparison with persons who are not married, married couples have a higher level of happiness. Moreover, marriage has a positive effect on the financial and legal status of a couple. The constant support of loved ones does not make it possible to feel lonely and significantly reduces the chance of getting depressed.

What should you pay attention to in advance?

How to understand that the right time has come for the wedding proposal? Of course, every couple has its own unique time, but there are a few pointers as to when the perfect time for the proposal is there. A marriage proposal is a decision that will have a major impact on your entire future life. Therefore, it is important for you and for your partner to choose the right time and not to rush into anything. For such a step in your life, the best way to get started is to ask yourself a couple of questions.

Tips for life together

What’s more, it should not be forgotten that a marriage vow also has a very personal side. Here are some signs that will help you to understand if you are ready for the next step in your relationship.

And yes: couples who wait too long to get married also endanger their partnership. And who likes to give away their best years without creating and starting a new family together with their partners? Besides, partners quickly recognize that their desires are falling by the wayside, and slowly but surely withdraw from the relationship. In principle, each couple has to decide for themselves when it’s time to say yes to each other. As far as you want to take this step at all.

The importance of engagement

A marriage proposal is often associated with pure romance: flowers, amorous looks, words full of love, and, of course, a beautiful engagement ring. Perhaps a man even falls on his knees in front of his loved one. But engagement is more. The promise to grow old together is probably one of the most romantic words of love of all time. It’s reason enough to make your own partner happy with it.

In the US the average time between engagement and marriage is at least 1 year. A long engagement has a lot of advantages for a couple. First, it gives you more time to save and plan. We are all aware that a wedding ceremony can cost a fair amount of money — 2.1 million weddings are performed in the US. That is nearly 6,200 weddings a day. And only 26% of couples had their wedding ceremony in a religious institution.

For some, getting married is simply part of the process; for others, their love doesn’t necessarily have to be written down on paper. Either way, if one of the two partners wishes to marry, couples shouldn’t wait too long.

Oliver Lewis
Writer
Oliver is an experienced writer whose specialty is reviewing popular dating services. He has a keen eye for detail and can always spot the most interesting features, biggest advantages, and must-know drawbacks of every dating service that can jump to mind.
View Articles →
Related Articles
Online Dating Questions To Ask Before Meeting In Person
When you first sign up for a dating site, there may be dozens, if not hundreds of women who match your initial search criteria. Through browsing their profiles and communicating with them, you eventually narrow down the list of your ...
Meeting A Vietnamese Bride: What A Beautiful Vietnam Woman For Marriage Is Really Like
💖 Best dating site Eastern Honeys 🎯 Success rate 78% 📍 Popular cities Ho Chi Minh City, Hanoi, Haiphong 💰 Average cost of a Vietnamese bride $4,500 👰🏻‍♀️ Average age 22-28 Mail order bride Vietnam is the best choice for ...
Russian Women vs American Women: Are They Really Different?
The relationship between the US and the USSR at first and Russia since the early 1990s has been tumultuous at best. However, throughout all this time, American men have been very attracted to Russian girls to the point that Russian ...
Spanish Mail Order Brides: Are They Really Great?
They are extremely hot, they are known as one of the sexiest girls in Europe (and it’s not far from the truth!), they make awesome wives — they are Spanish women, and they are 100% worth dating. Here, we’ll explain ... 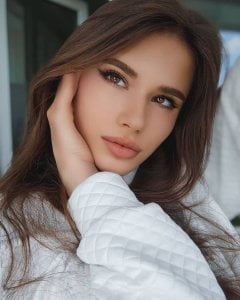