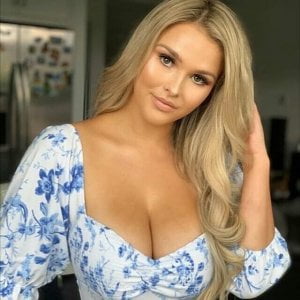 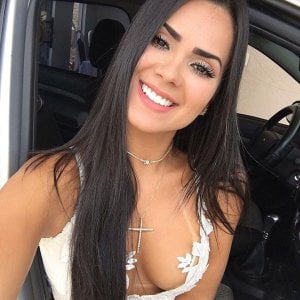 The mail order bride industry is shrouded in myths. Some people got successfully married, others got married, and then divorced. There are also tons of stories about American men being screwed up by mail order bride scammers. Because of these stories (although some are true and others are fake), many American and other Western bachelors get discouraged to search for a wife abroad.

Here we will share with you the most touching real mail order bride success stories. Maybe, they will help you fight the stereotypes and do what’s important and comfortable for you.

Story #1. An American-Ukrainian couple against naysayers

Mark, a casino gamer, was in his early 40s when he decided he wanted to look for a wife abroad. He had already been married twice and had four children, despite this, he decided not to give up on finding true long-term love. Thus, Mark signed up to a mail-order bride site and after months of browsing through girls’ profiles realized he was most attracted to Ukrainian women.

Fortunately, there were romance tours organized to Ukraine, where foreign men could meet and talk to Ukrainian brides. There he met Anna, a tall, slim Ukrainian blonde with beautiful blue eyes. She was just 18 and didn’t speak any English.

Anna is from the Ukrainian city of Mykolaiv. As she says, from childhood she dreamt of marriage, however, in her native city, there were no men she’d be attracted to, and who would be faithful and marriage-oriented. She turned to a marriage agency and it worked! She met Mark.

The two very early on fell for each other. After a year of courtships, communication through translators, and short visits of Mark to Ukraine, Anna moved to Sacramento, California, where Mark had a house.

It wasn’t easy for either of them. Although Anna knew what she wanted, her friends cautioned her as she was traveling outside Ukraine for the first time with a man who she knew mostly from the online world. Mark’s family and friends didn’t believe his relationship with Anna was real. They believed it was a scam or that a girl was a gold-digger. Some of the friends even tried to intervene to «rescue» Mark. Another issue was that Mark had three children who at that moment were over 20, and one son of 10 years old.

Despite that naysayers were discouraging the couple from marrying and living together, Mark and Anna got married 80 days after she entered the States. For years they have been living happily, Anna learned English and even became best friends with Mark’s older children and a great step-mom to his youngest son. She says she doesn’t miss home and believes her connection with Mark will be the same even after 40 years.

Story #2. From the child of a mail order bride

The Daily-Mail covered the story from Reddit, narrated by a child of a Filipino mail order bride and an American father. The user under the nickname Dragonflie said her parents were always «ashamed to admit» that her mother was a mail-order bride from the Philippines more than two decades ago.

Dragonflie says the love story of her parents started long before mail order bride sites and online services emerged. Her father, in fact, had to search for a bride in a specially printed catalog of beautiful Filipinas. Once her father liked one woman, he started sending her letters. She, surprisingly, replied, and they were something like pen pals but on a more serious level of around a year.

Later, the American man and the Filipino bride finally met. She moved to his small hometown, where they two got married. Now they have two grown-up daughters, one of whom is the narrator. As Dragonflie emphasized, both parents were looking for someone who’d treat them right, both wanted to have a better life than before. And they got it.

Story #3. Loyal marriage of a Filipina and American

You may know that the most mail order brides who enter the US on fiance visas are from the Philippines. Mail order bride industry is very strong in this country despite restrictions. In particular, the Philippines has an Anti-Mail-Order-Bride Law which prohibits the facilitation of marriages between Filipinas and foreigners. How come then so many Filipino mail order brides come to the US? Are they happy in their marriages? We have found one incredible story for you.

A Reddit user under the nickname Snaiperskaya, a couple of years ago shared a story of her friend getting into a relationship with a mail order bride from the Philippines. The user says her American friend Richard, who she described as a «scruffy redneck long-haul trucker from West Virginia», once decided to marry a woman from the exotic for him country – the Philippines. The lady who he liked was very different from him. Tiny, tender, slender, and younger than him by a decade.

Filipino women are known for being very caring housewives. Richard’s mail order wife was not an exception.

She cooked for him, took responsibility for all the chores, always made his bed clean and warm. Richard thought it would go like this for years, but no. The Filipino mail order wife, whose name we didn’t get to know, asked her husband to help her get an education. Richard was a very understanding and loving husband, so he started working overtime and saving up to afford the Filipina’s education.

Now the Filipino lady works as a physician’s assistant and even earns more than Richard. You may have thought that she would dump him in this status, but no. According to the Reddit story, the Filipina still cooks for her beloved Richard and keeps the house arranged. Moreover, she always waits at the door for him to come back home. Their happy marriage is more than 20 years old now. We wish you all to find your love and have the mail order bride success story too.

Some of the stories sent in by happy NewBrides users

Russian mail order brides stories start on popular dating sites. This story is about Lark — a 36-year-old engineer from Arizona and Olga — a 28-year-old school teacher. Lark was flicking through profiles of various ladies on Jolly Romance when his eyes stopped at Olga’s photos. He was mesmerized by how easy-going and positive she was in the photos.

He didn’t wait for long and started a communication with her. Their first date was in Times Square where they strolled around enjoying french fries.

The couple eventually moved in together. Olga had got a K-1 visa and now she is teaching yoga in Arizona. They have lived together for 10 months so far.

Asian mail order brides stories are various but today you will read a very romantic story of Jing — a stunning Japanese lady and Mark — an enthusiastic romance pursuer. Eastern Honeys was the place where Mark understood that Jing is the one.

The first thing Mark did when he saw Jing’s photos is he sent her a big white teddy bear. It was funny though because he and Jing hadn’t even chatted yet. When Jing got the bear she thanked Mark and proposed a video-call. In just two weeks Mark flew to Japan and proposed to Jing. He agreed to move to Japan and now they are living in a two-bedroom condo. They are both planning to have a baby together.

As many other Latin mail order brides stories this one started online. But it stands out from others because a Brazilian Maria was the first one who started the communication. She was impressed by Jacob’s lifestyle: he is a Developer who annually discovers new countries. Moreover, he has a lot of friends.

Jacob invited Maria to LA where they spent three weeks together. Then Jacob traveled to Brazil because he had never been there and, of course, desired to see Maria. He proposed to Maria in the cinema. The girl was shocked. Now they are sharing an apartment in LA. They are planning to travel to Portugal together in Winter.

Today’s Ukraine bride’s story begins with a simple question “Are you happy?”. Chris made Oxana perplexed for a second, but then she got curious.

Oxana is from Kyiv and she became a mail order bride because she was sick of non-serious guys.

Their chatting got more and more engaging and it was unusual for Oxana because she was quite shy. However, with Chris she felt different.

Chris invited Oxana to Chicago where they went to the movies, theater and galleries together. This impressed Oxana since rarely guys enjoy these sorts of activities. Two weeks passed so quickly. Oksana really missed Chris in Kiev. What a surprise she encountered when Chris came to Ukraine and proposed to her.

Now they are working on the documents for a K-1 visa. Oxana is on cloud nine.

Oliver Lewis
Writer
Oliver is an experienced writer whose specialty is reviewing popular dating services. He has a keen eye for detail and can always spot the most interesting features, biggest advantages, and must-know drawbacks of every dating service that can jump to mind.
View Articles →
Related Articles
Mail Order Bride Cost: How Much Will You Spend Finding and Buying a Foreign Wife?
🏆 Best international dating sites JollyRomance, EasternHoneys, UkraineBrides4You, LaDate 👰 Popular brides destinations Ukrainian, Russian, Asia, Latin America 💰 Average cost of a mail order bride $3,000 — $6,000 💵 Pricing include Online dating expenses, Courtship, Trips to a bride’s ...
What Is A Mail Order Bride And How Does It Work?
⚖️ Are mail order brides legal? Yes 🏆 Best international dating sites JollyRomance, EasternHoneys, UkraineBrides4You, LaDate 👰‍♀️ Average age of brides 20-24 👩‍❤️‍👨 Success rate 80% 🌏 Most popular countries with brides The Philippines, Mexico, Ukraine, China 💞 Time to ...
Mail Order Bride Tours To Thailand: What Are They & How They Work
Through the years, more Thai women decide to marry foreigners, and it largely increases their quality of life. Thai women get stereotype-free love with foreigners, they can pursue education or their career while being great wives and mothers with foreigners. ...
How To Get A Mail Order Bride If You Want A Perfect Wife?
In the era of social networks, people tend to build their relationships online via dating apps, forums, and mail order bride platforms. Who are mail order brides? Mail order brides are women who give a lot of respect to their ...